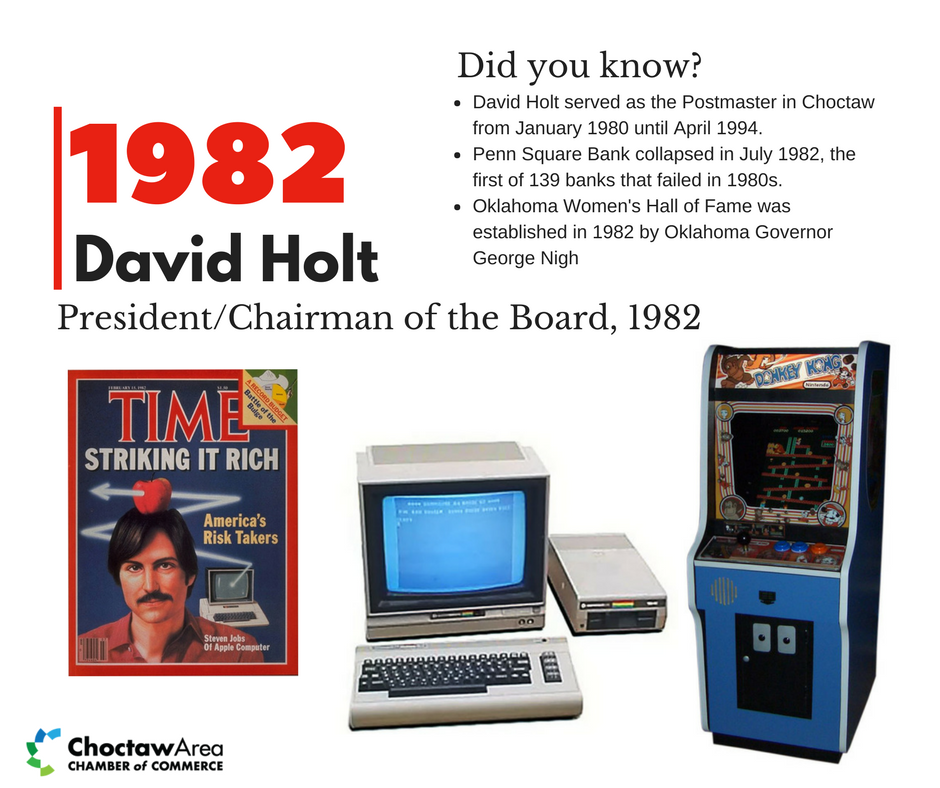 David Holt served as the President/Chairman of the Board for the Chamber in 1982. At that time, Mr. Holt was also the Postmaster for the Choctaw Post Office. It was during David’s term as President/Chairman that the Chamber joined forces with Alyne Strube and Glenda Holt to organize the first Miss Choctaw Pageant. The Choctaw Area Chamber is proud of their continued support of the Miss Choctaw Pageant along with numerous community groups. Thank you, David Holt, for your service to the Chamber and to our community.