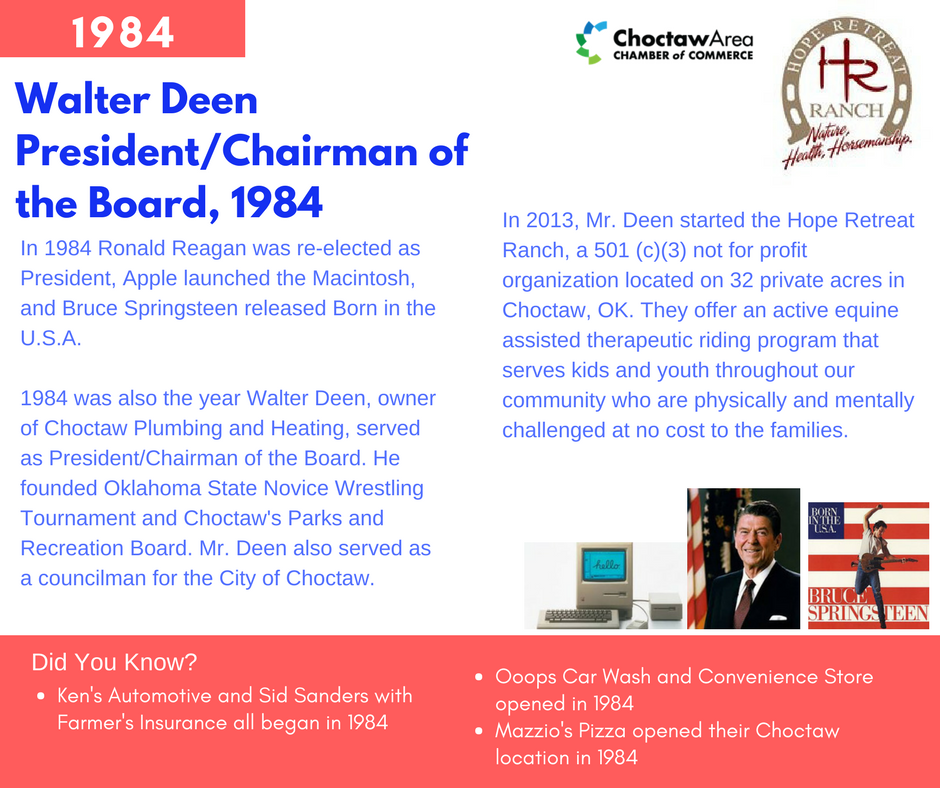 In 1984 Ronald Reagan was re-elected as President, Apple launched the Macintosh Computer, and Bruce Springsteen released Born in the U.S.A. That same year was Walter Deen’s busy year as President/Chairman of the Board. Ken’s Automotive and Sid Sanders Insurance started their businesses that year along with Ooops Car Wash and Convenience Store. Mazzio’s Pizza also opened their Choctaw location this same year. Mr. Deen has served the Choctaw community as a councilman, a board member of the Chamber, President of the Chamber, and founder of the Choctaw Parks and Recreation Board. In 2013, Mr. Deen founded the Hope Retreat Ranch located in Choctaw. Mr. Deen’s commitment and dedication is evident with his ongoing involvement and Choctaw is a better community because of leaders like Walter Deen.