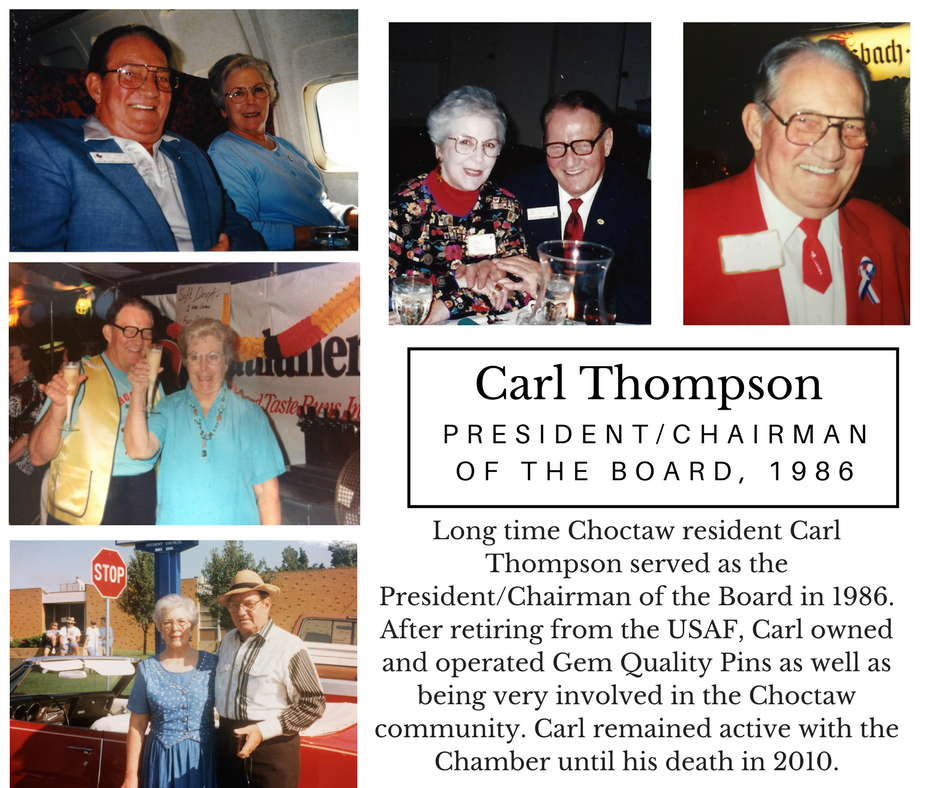 We are so thankful for men like Carl Thompson and their dedication to making Choctaw a better community. After moving to Choctaw in 1957, Carl Thompson quickly became involved in nearly every aspect of the Choctaw Community. He and his wife Ann dedicated many years to our Chamber for which we are very grateful. They were a staple at all Chamber events, many of which wouldn’t have happened without their help. Carl even took pictures for most of the Chamber events. We appreciate their commitment to the community, for their years of involvement in the Chamber and for their legacy of hard work. After retiring from the Air Force, Carl owned and operated Gem Quality Pins and served as the President/Chairman of the Board for the Chamber in 1986. Carl remained active with the Chamber until his death in 2010.