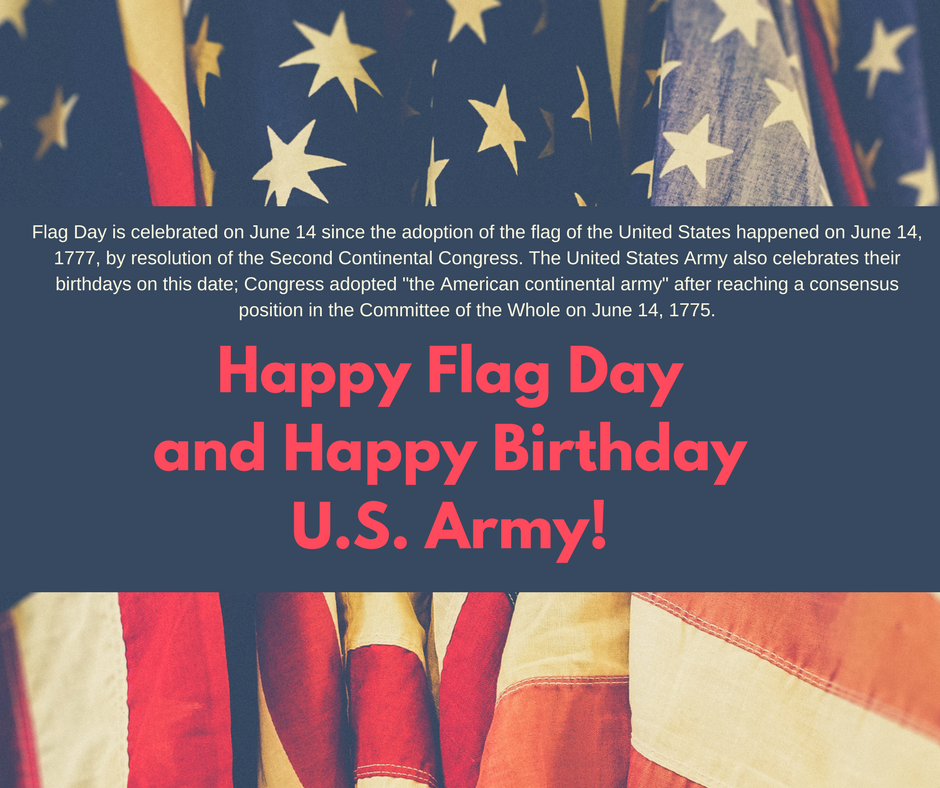 Today we celebrate the United States Flag and the United States Army’s birthday. The adoption of the flag of the United States happened on this date in 1777 by resolution of the Second Continental Congress. One year later Congress adopted “the American continental army” after reaching a consensus position in the Committee of the Whole on June 14, 1775. In 1916, President Woodrow Wilson issued a proclamation that officially established June 14 as Flag Day; in August 1949, National Flag Day was established by an Act of Congress. Happy Flag Day and Happy Birthday to the U.S. Army.