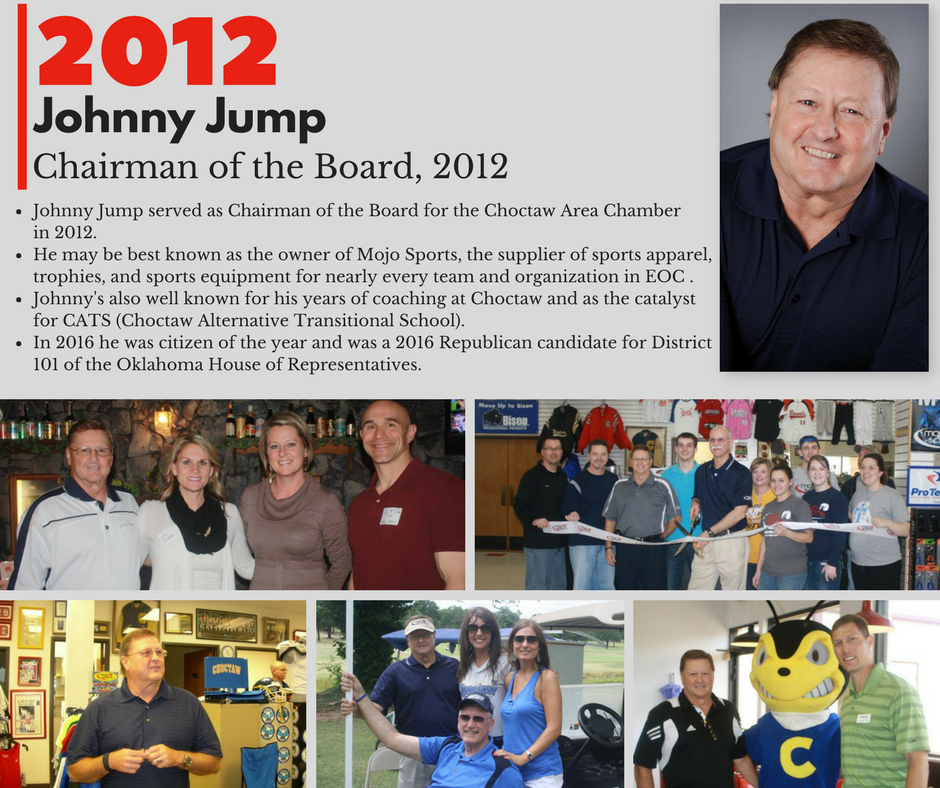 Johnny has been a staple in the Choctaw community for well over 30 years. He may be best known as the owner of Mojo Sports, the supplier of sports apparel, trophies, and equipment for nearly every team and organization in EOC . He’s also well known for his years of coaching at Choctaw and as the catalyst for CATS (Choctaw Alternative Transitional School). Johnny served on the Alternative Education Advisory Council started by state schools Superintendent Sandy Garrett, served as our Chairman of the Board in 2012, and participates on countless other boards and organizations. In 2016 he was the CNP Citizen of the Year and was also a 2016 Republican candidate for District 101 of the Oklahoma House of Representatives. If that’s not enough, you can also find Johnny serving pancakes for the Nicoma Park Kiwanis Annual Pancake Breakfast, something he’s been doing for 20 years. Johnny’s involvement and commitment to EOC is unmatched and unrivaled. Time and time again, Johnny answers the call to serve his community in whatever capacity is needed. We thank you, Johnny, for all your years of hard work, of determination, and for always being willing to not only help, but to also lead the way by doing the hard work yourself.