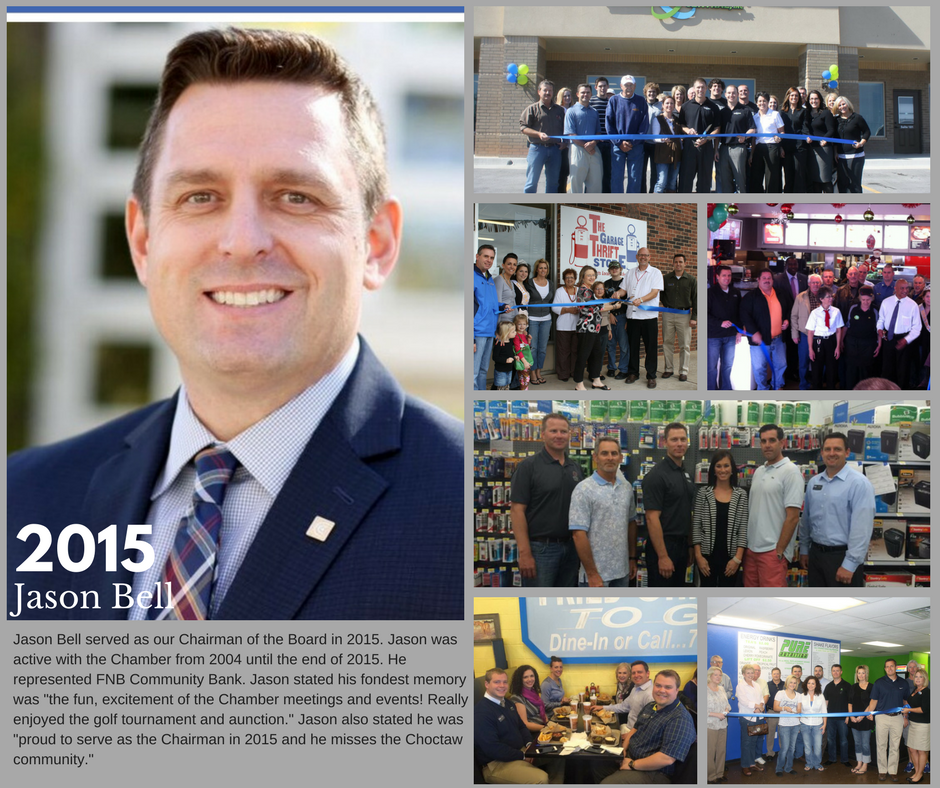 Jason Bell served as our Chairman of the Board in 2015. Jason was active with the Chamber from 2004 until the end of 2015. He represented FNB Community Bank. Jason stated his fondest memory was “the fun, excitement of the Chamber meetings and events! Really enjoyed the golf tournament and aunction.” Jason also stated he was “proud to serve as the Chairman in 2015 and he misses the Choctaw community.” We appreciate Jason’s dedication to the Chamber and to our communities.